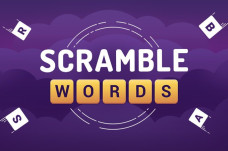 Daily Wordle is a Guess the Hidden Word game similar to the Wordle Game. But there are differences between them. Daily Wordle is a daily word game you can play online. It's fun, easy, and, like a crossword, can only be played every day. You will guess a hidden five-letter word within 6 tries. Unlike the Wordle game where you can play unlimited words, you only have 6 chances to guess per day. There will be a new puzzle every day.

NYTimes Wordle is a free word guessing game in which players have to guess a five-letter word within 6 tries. It's the most popular word game these days.

How do you play the Daily NYTimes Wordle Game?

You can enter any 5 letter word to find the word that matches the hidden word. The number of guesses is limited. You only have 6 chances. And if you can't solve the puzzle within 6 tries, you have to wait until tomorrow to play a new wordle. After each guess, you will receive clues about how close you are to the target word.

If any letters you entered are shown in green, then congrats, it's the correct word in the right place.

If any letters are shown in yellow, this means that the letter is in the hidden word but isn't in the right place.

And if the letters remain gray, then it isn't in the hidden word. Keep trying

What are Daily Wordle tips and tricks?

How to choose the first word?

The first words have a big influence on your next words. To maximize the value of your opening gambit, choose a word with three vowels and five different letters. Some examples: Crane, Sloth media, radio, etc.

The gray letters are not in the target word, so to avoid losing time and chance, you should not reuse them. Although it will be very difficult to find, I hope you keep trying.

What are the rules to know?

The number of plays is unlimited for the day. You can fill in as many words as you think of without worrying about running out of play.

Gray: The letter isn't in the target word at all.

Yellow: The letter is in the word but in the wrong spot.

Green: The letter is in the word and in the correct spot.

To win, you need to find all the letters green.

How to change the entered letter

If you want to change an entered letter in NYTimes Wordle game, just press the "Backspace" button. But you cannot change the entered words because these words are already saved on the system.